Blog - Latest News
You are here: Home / Key Takeaways from the November 2019 Election

Election night resulted in some groundbreaking shifts took place in a few carefully campaigned, closely watched and anxiously anticipated races in Virginia, Mississippi, and Kentucky on Tuesday.
Here’s what happened:

In Virginia, Democrats won majorities in both the House and Senate taking control of the state’s government for the first time in decades and making the former swing state a Democratic stronghold. This opens the door for progressive measures such as gun legislation reform and an increased minimum wage that had been blocked by the former Republican legislation. Democrat Ghazala Hashmi defeated Republican Glen Sturdivant to be the first Muslim woman to hold a seat in the Virginia General Assembly.

In Kentucky’s very close gubernatorial race, Democratic State Attorney General Andy Beshear claimed a narrow victory over Republican Governor Matt Bevin, after he had a .4% lead with all precincts reporting. Bevin refused to concede in a race he described as too close to call and has until November 12 to request a recanvass of the votes. Recanvassing consists of reprinting the receipts from voting machines. Beshear has asserted that as governor he would ease Medicaid access, overhaul education leadership, and restore voting rights to former felons. President Trump has endorsed Bevin and even stated that the race’s outcome could be a reflection on him.

In Mississippi, the GOP claimed victory as Lieutenant Governor Tate Reeves defeated Democratic Attorney General Jim Hood. Despite a race filled with attack ads, Hood politely conceded, and Reeves called his fellow candidate a dedicated public servant and asked the crowd to give him a round of applause. President Trump tweeted: “Our big Rally on Friday night moved the numbers from a tie to a big win. Great reaction under pressure Tate!” A Republican win in Mississippi likely means continued pursuit of tax cuts and opposition to the expansion of Medicaid. 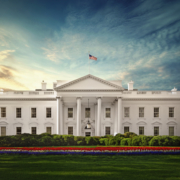 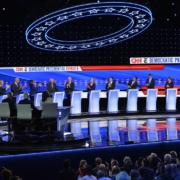