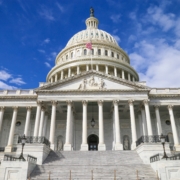 It seems like every week there has been an election and that’s been true for the Democratic National Convention. Super Tuesday was a surprise, especially for Biden who was seen by most as not having a chance at winning the nomination but after South Carolina, it seems that Biden might have a chance at winning the nomination over Bernie Sanders. The next big runoff is the Democratic National Convention from July 13-16 where the democratic nominee for President of the United States of America will be announced.

As for the republicans, this is clearly a race against the incumbent Donald J. Trump. There are three candidates running against him for the nomination, but it is clear how the party feels about who their nominee should be. If all goes according to plan, President Trump and the DNC nominee will face off on November 3rd and we will have four more years of Trump, or usher in a new administration. We haven’t seen a one-term president since George Bush Snr 1989-1993 so it will be interesting to see what the republican party does. All signs point to loyalty to the President, but politics isn’t always smooth sailing.

As with most election cycles, the same hot button topics prevail. Justice, immigration, the economy, and health care. But health care has played a particularly big role this season and has divided the country.

Living in the time of the Affordable Care Act has been a joy for some, and a nightmare for others. Politicians like Bernie Sanders -a DNC nominee hopeful- has been harping on about “Medicare for All” which is his plan to bring Universal Health Care to the United States. Several other DNC hopefuls like Pete Buttigieg and Elizabeth Warren had similar policies, but right now we are down to Biden, Sanders, and Gabbard who has yet to concede to her male counterparts.

The country is divided between the subject and the idea of Universal Health Care while a welcome dream, has been challenged as a reality, especially by those who want to know with over a trillion dollars in deficit, how we plan on paying for this elaborate medical system.  Many such as Sanders indicated the funding will come from taxing the rich which is great in theory but leaves little to be desired in practice. As for Biden, he plans to keep the ACA and build on it to make it more cost-effective and to protect it from the relentless attacks it has faced since its inception more than 10 years ago. Download educational apps such as UDecide to learn more about the issues on hand.

How have the candidates held up?

When the race started 29 people threw their hats in the ring for the Democratic nomination, but only 11 were left when the primaries began. Now we are down to three, with what seems to be a clear result. Hopefuls like Pete Buttigieg and Amy Klobuchar came out with a fire in their bellies, but that ultimately fell when they did not get the numbers they expected before Super Tuesday. Many were hopeful, but only three candidates survived.

Each of the candidates has had passion and fire, but with the return of Bernie Sanders, this cycle has been dominated by him and former vice President Joe Biden. The pair have equal amounts of strong voter bases and the support of large demographics. Bernie has the younger vote, and Biden has the black vote which was apparent in South Carolina. Both voter demographics tend to vote en masse and are both forces to be reckoned with. As such, the biggest challenge for whoever wins the nomination will be to win over the other’s supporters lest they sway towards the republicans.

As for Tulsi Gabbard, it is unclear as to why she has not yet bowed out gracefully to leave the stage to Sanders and Biden, but it is her right to stay in until the end if she chooses. She has not featured prominently since at least last November after failing to gain the numbers needed for a podium on the stage of the December debates. In fact, she has been pushed out of the next debate due to a new rule that would make it impossible for her to take the stage based on the math she doesn’t have enough support to take the stage and let the world hear from the last female contender for President of the United States of America.

Trump is going as expected in the primaries with most of the delegates going to him, well at this stage, all but one. In fact, this is one for the history books because no other republican has challenged a sitting president since George Bush Snr. Educational apps such as UDecide can give you more information on the candidates.

What is the outlook for this election? Will it be red or blue?

The numbers thus far are fractured, but when looking at the safe states this is how the numbers break down. For the democrats, we are looking at prediction and consensus polls that put the democrats with 183 safe votes and the Republicans look to have 125 safe votes. Leaving a lot of room for a close and exciting race. As always, Florida must be won by the republicans to secure the nomination but right now Florida is looking like a tossup, as is Arizona, North Carolina, Pennsylvania, Wisconsin and parts of Nebraska. Educational apps such as UDecide can show you how the nation is leaning leading up to election day.

The rest of this cycle is going to be an exciting and bumpy ride. With the country so divided over so many paramount issues, this is sure to be the election of the decade. It is going to be the tightest race we have seen for years and it is predicted that neither side will concede until all votes are counted. If you want to continue to stay updated and in the loop, or even find out your polling station or voters status, download educational apps such as UDecide App and stay updated on everything presidential and political. 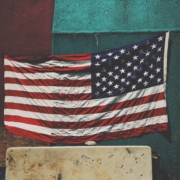 It’s 2020, and that means it is a presidential election year. Regardless if you are a republican, democrat, or third-party supporter, election years are always eventful and historical. Many events happen during the election cycle, and if one does not follow politics attentively, it can be confusing for them to understand and follow. The events consist of party debates, campaigning, caucuses, primaries, conventions, general election debates, and then finally, the election itself. The purpose of this post to give a better understanding of what to look forward to for the 2020 election.

Let us begin with the political party debate. Throughout 2019 the democrat nominees have battled it out on stage. The DNC, Democrat National Committee, sponsors their debates, and the RNC, Republican National Committee, sponsors the republican debates. Each DNC and RNC have their own set of rules, and these rules often change. The point of these debates is to learn about each candidate’s plan and policies; their goal is to win over the party’s base. There are 12 scheduled democratic debates for the 2020 election. They started in June 2019 and will end in April 2020. There was only one republican debate scheduled that was in September 2019.

The official kickoff of 2020 is the Iowa caucus, which happened on February 3, 2020. The DNC runs the democrat caucus, and the RNC runs the republican caucus. The participants gather at precedents or selected local areas: the candidate’s supporters and the undecided divide into groups. Supporters give speeches about each candidate to try to convince others to support their candidate. When determining the delegates for the candidates, it is all based on the number of the group’s voters. Unlike caucuses, many states have primary voting, which means each primary may have different rules depending on the state. Primaries are usually closed or open. If it is closed, your voter registration must contain that political party in order to vote for that party in the primary. If it is open, that means you can vote any party regardless of what you are registered. This method allows American citizens to vote for their choice for the nominee of the party. This process ends on June 7, 2020.

Polling, campaigning, and rallies are the most popular occurrence you will see during an election year. Polling gives the candidates, experts, and the public an idea of who the citizens most likely to support. However, the polls can go up down on daily bases. Campaigning is the adds consistently on TV, radio, and the internet for months. Countless brochures will be distributed in the mail, and you get calls, emails, and house visits asking for support. There is usually a local campaign office setup throughout each state for volunteers to lend a helping hand. Rallies, on the other hand, can pop up any moment in any state; it is a very educational way to learn about the candidate. Typically, local politicians of the same party will participate in these rallies. Depending on the candidate their maybe two supporters at one, and another rally may have 10,000 supporters.

The most significant event besides the election itself would be the conventions; they happen every presidential election year. This year they will take place in Milwaukee, Wisconsin on July 13, 2020 –July 16, 2020, the Democrat National convention will take place. The Republican National Convention will happen in Charlotte, North Carolina, on August 24, 2020 –August 27, 2020. Finally, time to pick a nominee for the party, which is usually the candidate that won the majority of the delegates during the primary season. In rare cases, the party may not have anyone popular candidate; the delegates take control of choosing the nominee if no one won the delegate majority during primaries, which are also referred to as a contested convention. Delegates consist of bound/pledge means their job is to support the candidate who won their state. On the other hand, superdelegates/ unpledged delegates can choose whomever they decide the nominee. Another huge pick during convention week is choosing a running mate for vice president who is chosen by the presidential nominee.

Finally, November 3, 2020, election day has come! Time to do your civic duty and vote. Then like most Americans, wait with anticipation all day for the results that night! Unlike other countries, the popular vote does not determine the winner of the election, but the electoral college determines the winner. The reason being the founding fathers did not think it was fair to the rest of the nation only to have highly populated cities determining national elections. Each state has a certain amount of electors; the electors of the state are determined by how many representatives and senators a state has in congress. 538 is the total number of electors for the entire country; the goal of the winner is to get to 270. The way the electoral college is structured proves every vote count. The candidate with the popular vote in each state receives the electoral votes from the state. After the winner is selected, each candidate will come out to greet their supporters with either an acceptance speech or concession speech. On January 20, 2021, it will be inauguration day for the president-elect will become the president of the United States; it is the day that goes down in history with events such as the swearing-in ceremony, the parade, balls, and speeches that night.

Hopefully, you a better insight into what is to expect in the political world in 2020. Download our political app today for detailed information about all things politics.

National Archives. What is the Electoral College?.